This fall, large-scale denominational gatherings will resume in-person for the first time since the COVID-19 pandemic. Jurisdictional conferences will be held across the United States Nov. 2-5, with the Southeastern Jurisdiction’s conference slated for Nov. 2-4 at Lake Junaluska, North Carolina.

Its primary purpose will be to elect episcopal nominees and set the scope of missions and ministries for the jurisdiction.

In addition to electing new bishops, the lay and clergy delegates from each conference in the SEJ (32 from South Carolina) will also need to decide how many bishops they plan to elect.

“That’s one of the first items of business,” Nelson told the Advocate. “How many bishops can we afford, practically—five or three? How many are we electing?”

The Committee on Episcopacy will bring forth a recommendation to the body as to what they believe is an appropriate number, and the body will vote on that matter along with the actual nominees themselves.

Voting will continue until the session adjourns, with a consecration ceremony tentatively scheduled for the morning of Friday, Nov. 4.

This session will be the first time the jurisdiction has gathered in-person since the last regular SEJ Conference, held July 13-15, 2016. At that conference, jurisdiction made history, electing the Rev. Sharma Lewis as its first African-American female bishop. Four other new bishops were elected at that session, with South Carolina’s then episcopal nominee Dr. Tim McClendon narrowly missing election. Also in 2016, South Carolina Resident Bishop L. Jonathan Holston, elected in 2012 and assigned then to South Carolina, was reassigned to South Carolina another four years.

However, because of the pandemic, those four years have been extended.

That’s important for the Southeastern Jurisdiction, as four bishops have retired with no new bishops elected to take their place, and a fifth (Bishop James Swanson) plans to retire at the end of December. This has meant four annual conferences are currently being covered by bishops serving in more than one location: Bishop Ken Carter serves both the Florida and Western North Carolina conferences; Bishop Leonard Fairley serves the Kentucky, Red Bird Missionary and North Carolina conferences; Bishop David Graves serves the Alabama-West Florida and South Georgia conferences; and Bishop Debra Wallace-Padgett serves the North Alabama and Holston conferences. 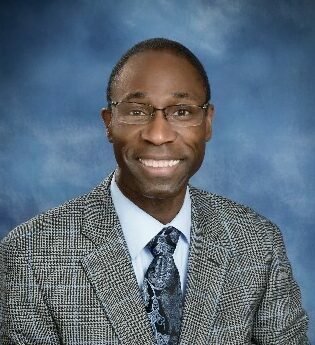 In addition to what is slated for the SEJ Conference, the Advocate also had a conversation with Nelson about why he has agreed to offer himself as the delegation’s nominee, particularly given all the anxieties existing in the UMC right now, from frustration about General Conference postponements to news about churches beginning to disaffiliate from the UMC amid disagreements about human sexuality and other issues.

Nelson said that moments like this often force us to face our fears head-on and take action, and he feels he has the ability to serve as a “bridge builder” between where we have been as a church and where are called to be.

“We live in a world and denomination that is utterly broken, and we know it’s too broken to fix ourselves, but to me, the good news is God has not left the world or the church alone, and I suspect God is not done with you or me either.”

Nelson believes God has a vision of a renewed and redeemed world that one day will be reality.

“The way things are is not the way things have to be,” Nelson said. “I feel called to help our church move into a future that is yet unknown, and I’m not afraid of that. I think we are in an opportune moment.”

Nelson said a statement by the late Corrie ten Boom has shaped much of his thinking on this: “Never be afraid to trust an unknown future to a known God.”

“That for me has been a point of resilience for me, something I’ve resonated with: Whatever the future holds, it’s the same God holding the future, and our mission hasn’t changed. Our call to be in mission and ministry hasn’t changed.”

He said he personally cannot imagine being part of any other denomination besides United Methodist, and that this conference and denomination quite literally shaped and formed him into the person he is today. Nelson grew up at Epworth Children’s Home, a ministry founded by the UMC, and has spent his career as a United Methodist pastor. Ordained a deacon in 1993 and as an elder in 1995, he served 12 years at four UMCSC churches (St. Mark-Mount Zion; St. John’s UMC, Aiken; Centenary-Kingsville; and Silver Hill Memorial, Spartanburg) before becoming a congregational specialist in 2007 and then director of Clergy Services in 2014. Today he is conference secretary and superintendent of the Orangeburg District of the UMCSC.

“This is a story of what has God been doing in the church and in my life,” Nelson said, noting he is extremely grateful to the people of South Carolina. “I’m living proof that when the church focuses on missions and ministries, we have the ability to change lives.”

In addition to Nelson, the South Carolina Conference delegation nominee, there are nine other episcopal nominees up for vote at the Nov. 2-4 conference:

A draft agenda provided to the Advocate by SEJ Secretary Anne Travis notes that bishops will begin arriving at Lake Junaluska Oct 30, with meetings and other preparation continuing until Nov. 1. Heads of Delegation are scheduled as of now to meet Nov. 1 at 12:45 to receive credentials and seating information, and round robin sessions with episcopal nominees are currently scheduled to begin at 1:30 p.m. Nov. 1.

Opening worship is expected to begin at 9 a.m. Nov. 2 in Stuart Auditorium, with Bishop James E. Swanson Sr. preaching and Bishop Debra Wallace-Padgett as celebrant. Business is slated to begin at 10:30, with balloting and other business until the evening of Nov. 3, when episcopal assignments will be announced and area receptions held.

The conference is expected to close with consecration of new bishops Nov. 4.

More information on the SEJ Conference, including a schedule, final agenda, housing information and more, will be available at http://sejumc.org.

Up Next New love for old church