The Advocate is managed by a staff of two, with a visionary Board of Trustees serving as its publisher. 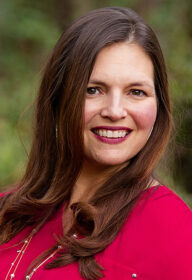 With a career in community journalism and marketing, Jessica J. Brodie took the helm of the South Carolina United Methodist Advocate newspaper in 2010. During her tenure, the newspaper has won 123 awards for journalistic excellence in the areas of writing, photography, and overall newspaper publication.

Prior to her position at the Advocate, Brodie served as editor of the Crossroads Chronicle in the mountain resort community of Cashiers, North Carolina, building the small weekly paper into a more significant publication with a combination of news, features, investigative reporting, hard-hitting editorials, and lighthearted reading. She has a background in nonprofit administration and as a college writing instructor. She was director of marketing and development for The Bascom, a nonprofit visual arts center in Highlands, North Carolina. She also coordinated and taught developmental writing for Nova Southeastern University in Fort Lauderdale, Florida, and taught basic writing and literary analysis for freshmen at Florida International University in Miami.

The author of thousands of articles, stories and columns, Brodie has won more than 100 awards for writing, design, photography, and overall newspaper production from the North Carolina and South Carolina press associations and other groups, including the national interfaith Religion Communicators Council and the United Methodist Association of Communicators.

In addition to serving as the Advocate’s editor, Brodie also writes Christian fiction, blogs about faith at Shining the Light, and is a freelance book editor and writing coach. Her novel won the Genesis Award in contemporary fiction from the American Christian Fiction Writers in 2018. She is a member of the American Christian Fiction Writers, the South Carolina Writers Association, and the North Carolina Writers Network. For the Advocate, she has also authored two 40-day devotionals, More Like Jesus and Feed My Sheep, as well as edited the anthologies Stories of Racial Awakening: Narratives on Changed Hearts and Lives of South Carolina United Methodists; More Stories of Racial Awakening; and Called By God.

Brodie is a wife and the active mother of four teenage children and stepchildren. Her husband is Matt Brodie, who serves as production coordinator and disaster response coordinator for the South Carolina Conference of The United Methodist Church. They are members of Mount Horeb United Methodist Church, Lexington. She enjoys reading, writing, editing, photography, fitness, and travel in her spare time. 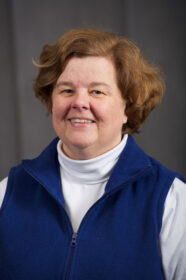 A native of Columbia, Trussell was hired by the Advocate in April 1997 to serve as assistant editor, reporting and doing copyediting, as well as helping part-time with the communications department. Then, in December 2003, then-editor Karl Davie Burgdorf was called into active duty with the military. As assistant editor, Trussell became acting editor until Burgdorf resigned and a new editor was hired.

Trussell is responsible for Advocate bookkeeping, maintenance of the subscription database, writing, and copyediting.

She graduated from Furman University in 1990 with a bachelor’s degree in English and history. She did some graduate studies in journalism at the University of South Carolina.

She has won a number of writing and photography awards.

A member of Mill Creek UMC, Columbia, she enjoys embroidery, reading, and spending time with family and friends in her spare time.